Popstar Wizkid has ditched Christainity, Islam and any other religion as he picked ‘music’ as his religion.
It is safe to say Wizkid was just trying to tell his fans how much music means to him.
Wizkid has a strong fan base that believes he can do no bad song and he seems to keep up with this as he declares how much music meant to him tagging it his only religion.
Wizkid who is gearing up for the release of his first song of the year, ‘Joro’ took to his Insta-story to state music is his only religion. 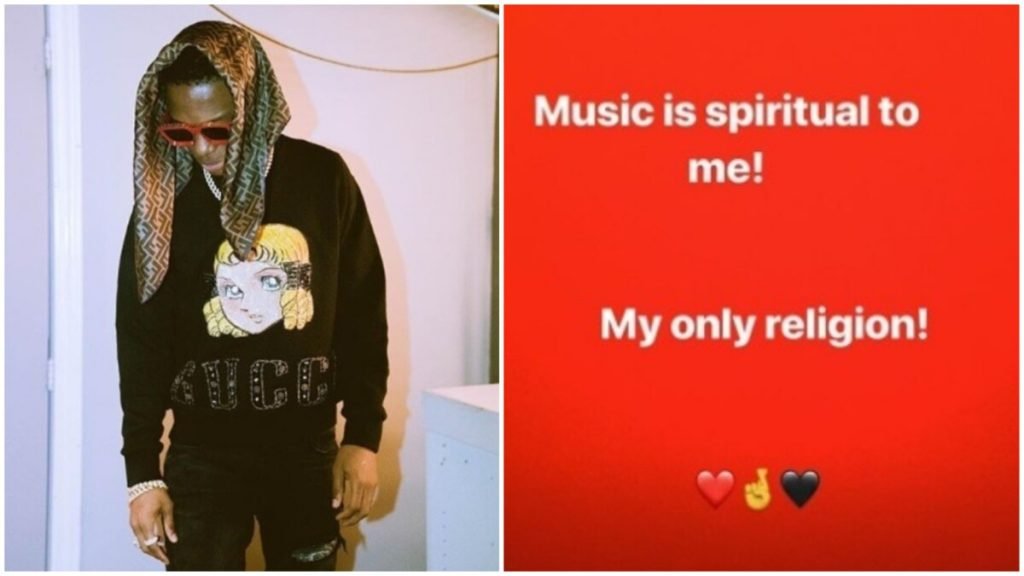 ‘Give me back my virginity, if you want divorce’ – woman tells her husband in court