BBNaija housemate, Cindy has shown she knows how to make awesome moves on the dance floor as she thrilled viewers of the show during the Saturday party.
Cindy surprised viewers as she threw her inhibitions away. She rocked and danced to the rhythm of the music and it was obvious that she had a lot of fun. As a matter of fact, when Cindy noticed the camera was turned towards her, she decided to thrill the viewers by shaking her behind. She even went on all fours to get a better position.
Despite the fact that the caption by the official BBNaija twitter was meant to draw attention to Mercy and Ike, all viewers could see was Cindy’s vigorous twerking. Check out the video below:

Big Brother Naija@BBNaija
This Icy pair could be real o, she actually cleaned his vomit after he could not hold his liquor down! See for yourself: http://bit.ly/30Nk2Sw #BBNaija 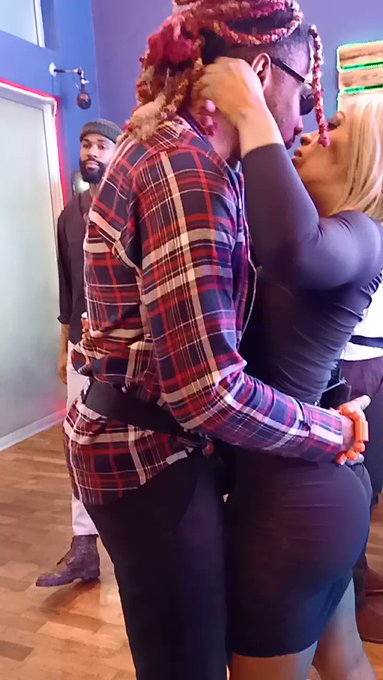 212 people are talking about this
Check out some reactions below:
Cindy has been nominated for possible eviction tonight, alongside Frodd, Tacha, Sir Dee, Venita and Esther. Just as Biggie revealed, at least one housemate would be evicted from the reality show.
Do you think Cindy would be saved? Tell us what you think in the comment section.

BBnaija’s Diane gets a hot lap dance from Elozonam (video)

Who wore it better? Toke Makinwa vs Bbnaija Nina