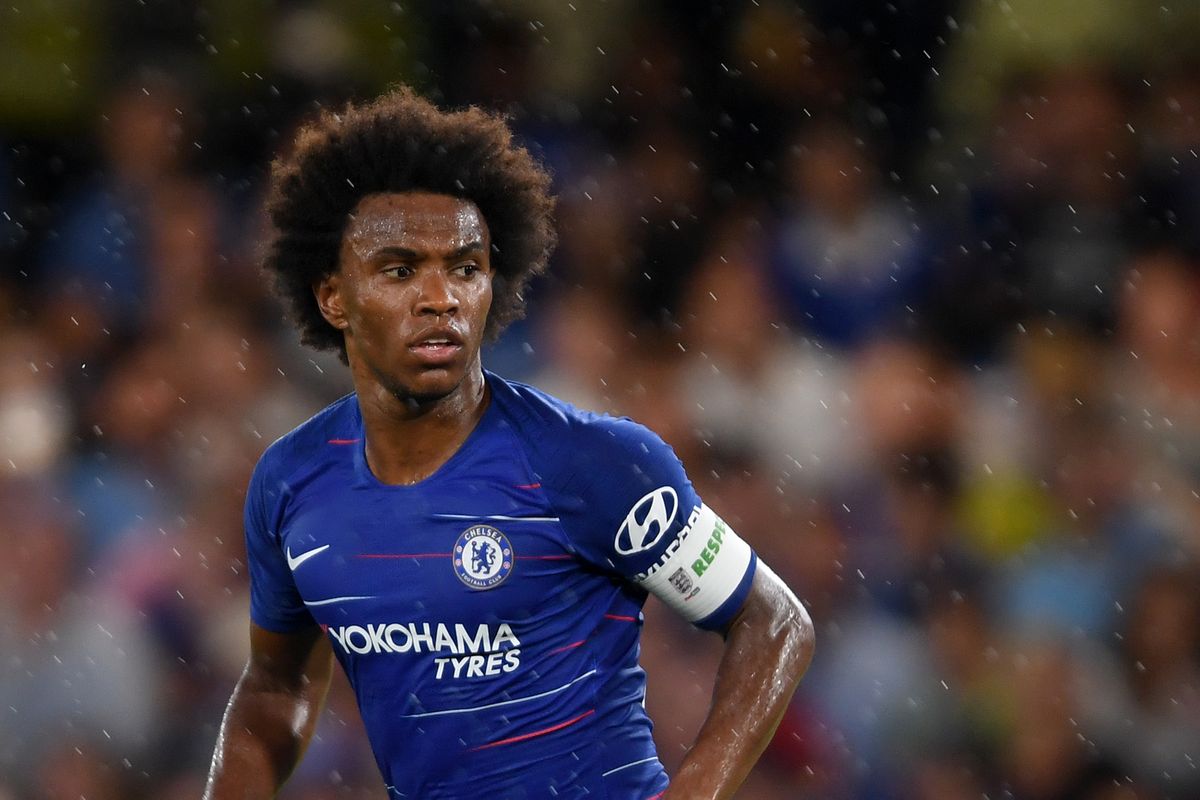 Chelsea midfielder, Willian, has said Tammy Abraham’s early-season form, is helping to ease the pain of Hazard’s exit.
Hazard left Stamford Bridge in a €100million move after his 21 goals and 17 assists in all competitions last season.
Abraham has, however, netted seven goals in his last three Premier League games, to suggest he can be his side’s new main attacking star.
“I think Hazard’s exit was a big loss,” Willian told Goal when asked about Chelsea’s attacking prowess.
“Eden is a player that can make the difference, but I think we have players that can continue to make the difference as well.
“Abraham is playing well at the moment. He is scoring lots of goals and I am very happy for him.
“The young players are doing well. They can improve a lot. I think Chelsea is Chelsea. No matter the players we have, we have to fight until the end in every competition. That’s what we want to do this season.”

I built Chelsea but difficult to stay – Willian