Skip to the content
Barely 24 hours after Davido released his single ‘Risky’ it has hit over a million views on video streaming platform, YouTube.
The record producer Davido has featured Jamaican star Popcaan to release the track ‘Risky’ with the lyrics glorifying a lady’s features.
The single “Risky” is reportedly the lead song on the  Davido’s upcoming album, “A Good Time” and was dropped on Wednesday.
The album will be released on 22 November and will include his singles “Fall,” “Assurance,” and “Blow My Mind.”
Excited with the feat, Davido immediately took to his Instagram handle to make the announcement to his followers.
Davido wrote “Risky!!! world wide anthem!! keeep streaming !! just a day in and bangin in every corner of the world!!!! love u guys!! my album pre order drops tomoro!! ❤❤❤❤❤❤ ‘a good time”. 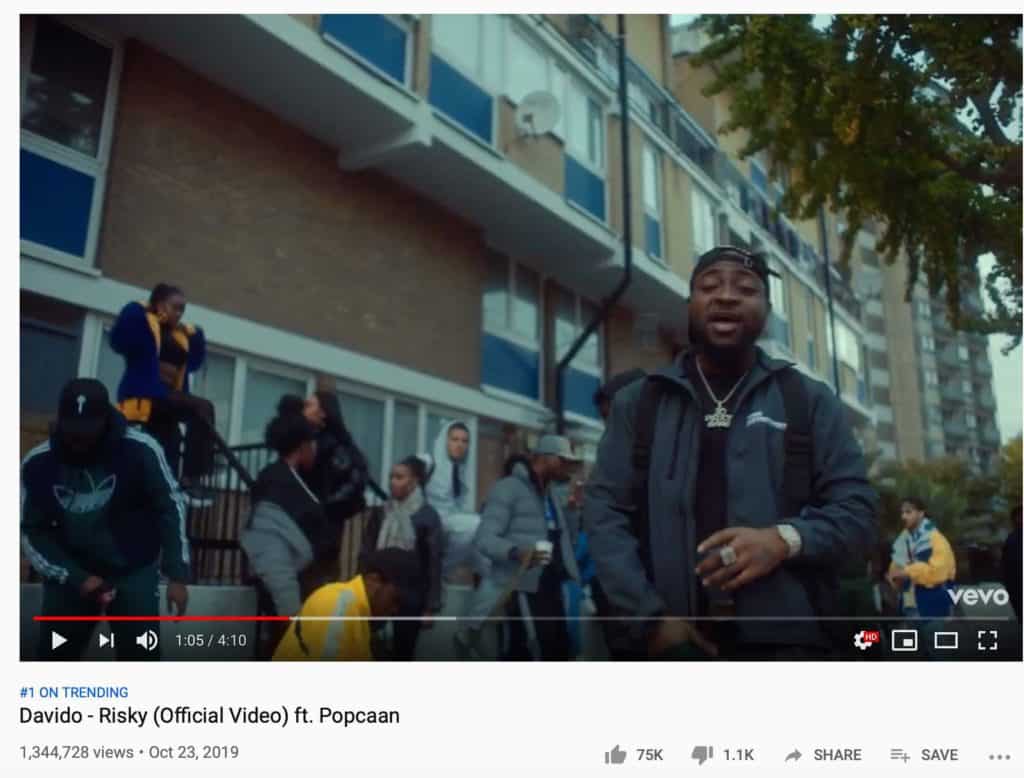 Meanwhile, Davido had earned some accolades for himself by becoming the most viewed Nigerian artiste on streaming platform, YouTube.
He had over 500 million views across all his uploads on the platform.
Davido’s hit song, ‘Fall’, beat Yemi Alade’s ‘Johnny’ to become the most viewed Nigerian music video on YouTube in January, after which he became the first Nigerian artiste to reach over 100 million views ahead of Yemi Alade and Tekno.
Similarly, Davido set another record for himself by becoming the first African celebrity to hit one million likes on Instagram.
This feat comes after he became the most followed Nigerian celebrity on Instagram and Twitter platforms.