Home Trending Nigerians react to disqualification Genevieve Nnaji’s ‘Lionheart’ movie
Share
Facebook
Twitter
Pinterest
WhatsApp
Email
Telegram
On Monday, November 4, 2019, the news broke that ‘Lionheart’ had been rejected by the Oscars. The major reason being that it was submitted in the wrong category.
Trust Nigerians, as they took to Twitter to express their displeasure over what would have been Nigeria’s bright up at clinching an Oscar award.
Genevieve Nnaji’s ‘Lionheart’ was released in 2018 and Nigerians welcomed it with opened arms. The reception the movie got showed that the actress turned movie director did something right.
From being the first Nigerian movie on Netflix to that famous interview with Richard Quest on ‘Quest Means Business’ on CNN, it was obvious Genevieve wasn’t joking.
However, a few people are of the opinion that the movie deserved to be kicked out of the awards for reasons best known to them.

Ngozichukwuka@VivienNgozika
@TheAcademy Disqualifying Lion Heart for the use of English as a language makes no sense. Nigeria has no particular indigenous language. Our lingua franca is English. You ought to know this. It’s been our means of communication from inception. This reason is baseless.#Lionheart 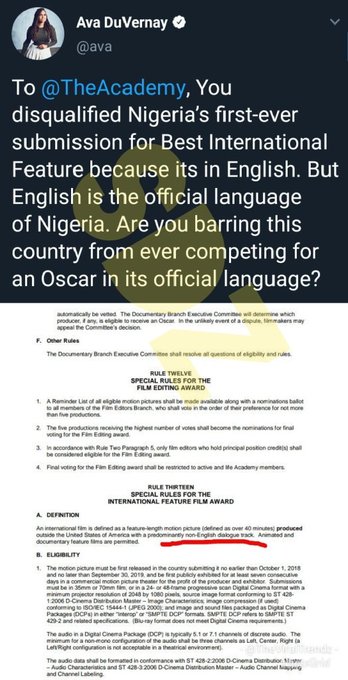 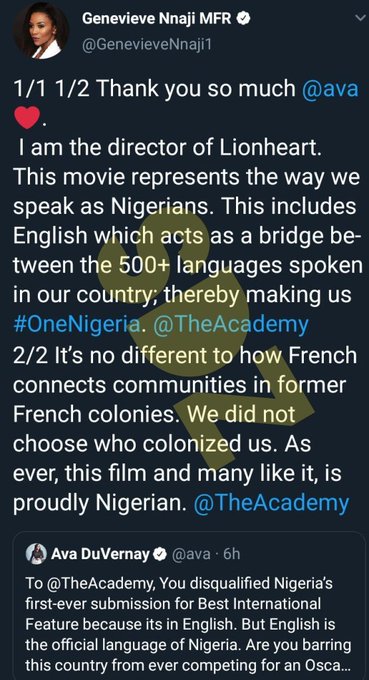 Mazi Olisaemeka C. ™@OlisaOsega
Even some Nigerians opposed the movie lionheart when it was sent to the oscars. I guess y’all are happy now?

@stevepond
And then there were 92, because Nigeria submitted a film mostly in English to the category formerly known as Best Foreign Language Film. https://www.thewrap.com/academy-disqualifies-nigerias-oscar-entry-lionheart/ …

The film, Nigeria’s first-ever submission in the Best International Feature Film category, is largely in English, which makes it ineligible to compete

303 people are talking about this

Justin Timberlake encourages donations to bail out protestors, regrets it

Most People Believe I’m Rich But I’m Not, Tacha Says

Most People Believe I’m Rich But I’m Not, Tacha Says

Woman spends £50,000 on surgery to turn her face into a real-life snapchat filter

This site uses Akismet to reduce spam. Learn how your comment data is processed.