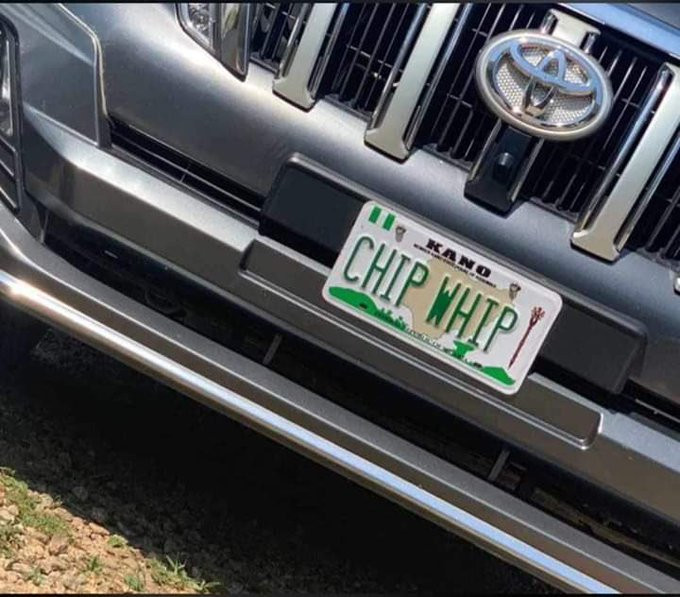 Kano state is currently trending on social media after an error was spotted on number plate believed to be that of the State Assembly which reads ‘Chip Whip’ instead of ‘Chief Whip’ and has a symbol of the legislative mace.

Read Also: Hilarious! Can you spot the error on this government vehicle number plate (photo)

This has sparked reactions from Nigerians as they have taken to their Twitter handle to react.
What Nigerians are saying:

But he wrote it as it is pronounced in Kano. Not bad https://t.co/odzZkbVCve
— A.S ABD’RAMANE (@AamirSidibe) November 2, 2019

Our Kano In-laws no go kee us.