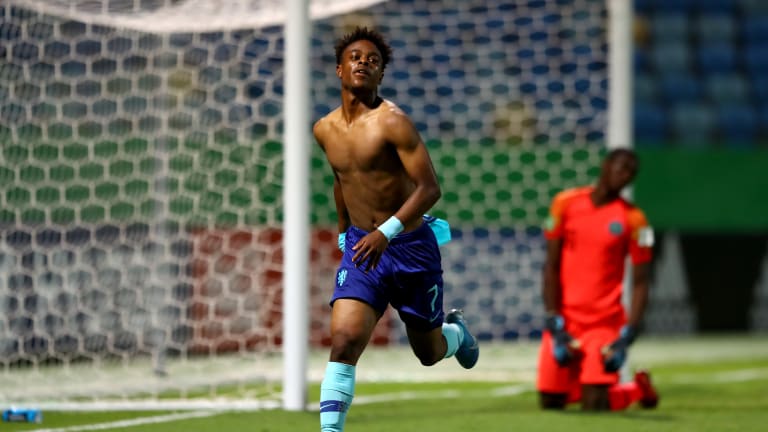 Netherlands sent Nigeria’s Golden Eaglets out of the FIFA U-17 World Cup tournament in Brazil early on Wednesday with a hat-trick by Sontje Hansen.
Nigeria’s only goal in the match at Estádio Olímpico in Goiania came from Olakunle Olusegun in the 12th minute.
Here are some photographs published by FIFA.com on the match.

Golden Eaglets moment of joy after the equalizer

The Dutch players celebrate their goals[/caption

Golden Eaglets out of U-17 World Cup