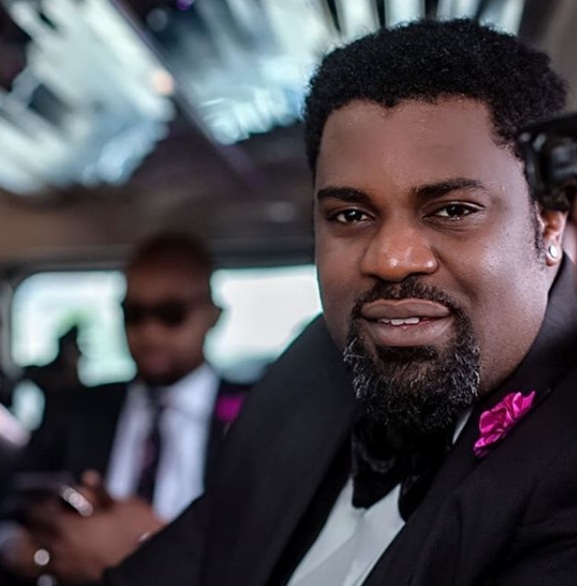 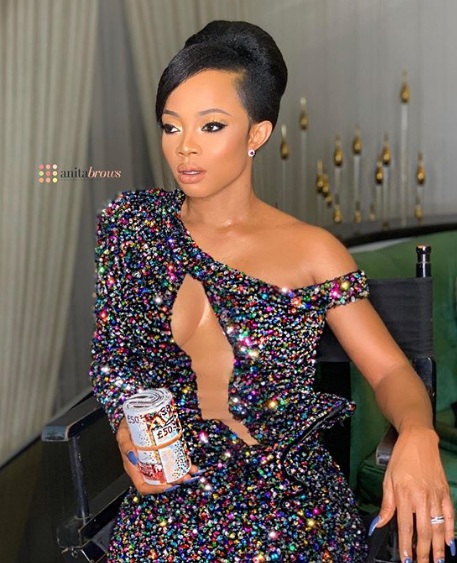 Yomi Black has dared Toke Makinwa to show Nigerians how she funds her lifestyle.  This is coming after Toke Makinwa chastised Nigerians for always calling out their celebrities for things they are now praising Cardi for. Yomi said Toke should hide behind being an OAP and actress, because he knows how much that brings to the table, and neither should she claim her endorsement funds her, cus they are all in the industry together.

Though it was a repost, many took it to be Yomi Black’s post, and after a few back lash, he made another post saying he gives no fccks — meaing he is owing up to it. 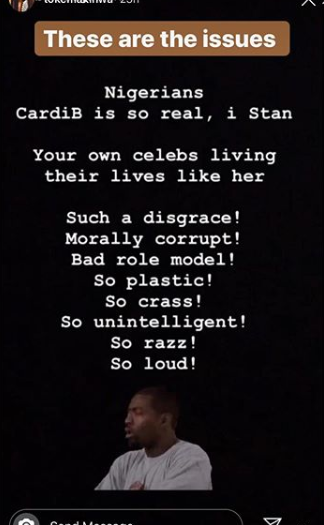 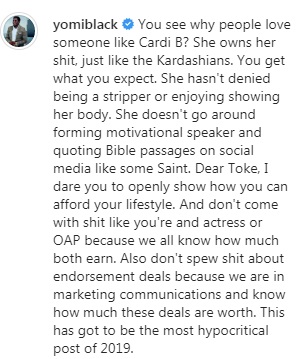 ”You see why people love someone like Cardi B? She owns her shit, just like the Kardashians. You get what you expect. She hasn’t denied being a stripper or enjoying showing her body. She doesn’t go around forming motivational speaker and quoting Bible passages on social media like some Saint. Dear Toke, I dare you to openly show how you can afford your lifestyle. And don’t come with shit like you’re and actress or OAP because we all know how much both earn. Also don’t spew shit about endorsement deals because we are in marketing communications and know how much these deals are worth. This has got to be the most hypocritical post of 2019. Copied from @sojioguns.”An update from him after few of Toke’s fans attacked him; READ ALSO:   #BBNaija: Check Out Eight Things You Should Know About Diane
Related Topics:Celebrity
Up Next

Mochedah would have been Nigeria’s sexiest singer, but for too much d–k, CDQ says about married singer