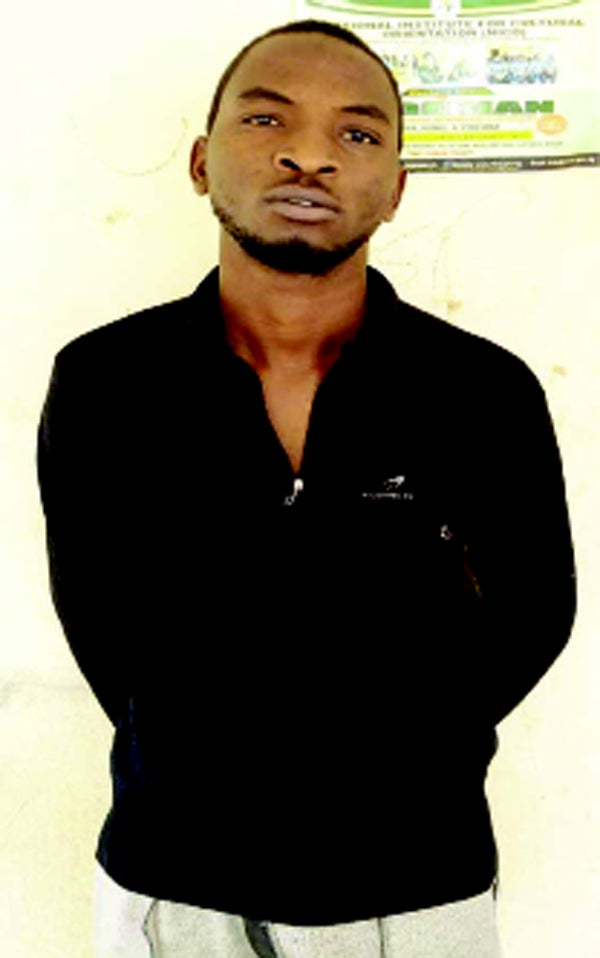 Operatives of the Special Anti- Robbery Squad , SARS Katsina State Police Command have arrested a 22-year-old man for allegedly masterminding the kidnap of his six-year-old step-sister in Makera Funtua Local Government Area of the state.The victim, Asiya Kazeem was abducted while returning from an Islamic school on April 16,2019.During investigation, the suspect, Ibrahim Kazeem, confessed to have conspired with his girlfriend, whom he identified simply as Murja, to abduct the victim, adding that she was kept in Talata Mafara Local Government area of Zamfara state, under his girlfriend’s watch.Thereafter, he disclosed that he gave the gang his father’s telephone number to contact him and demand ransom for the victim’s release.As the negotiation for ransom pegged at N3 million was ongoing, Ibrahim was alleged to have been relating the situation back home to the gang.Police sources hinted that, “he eventually pleaded with the gang to accept the N200,000 ransom as bargained by his father. He told them that everyone was traumatised already. Following his intervention on phone, the gang accepted.His elder brother was invited by the kidnap gang to come with the money and pick his sister. But they kept tossing him here and there in order to ensure he was not coming with the police.“At the end, he was asked to drop the money at a designated place where there were many people.From there, they asked him to go and pass the night at a school where the child would be brought to him. Later they changed their mind and asked him to sleep at the motor park.Around 2am, they called him on the phone to go and pick the abducted girl at a designated place.They ordered him to go immediately and pick her before another group would kidnap her”.The case according to the Katsina State Police Public Relations Officer, SP Gambo Isah, was transferred to the State Criminal Interrogation and Intelligence Department, SCIID where SARS operatives took over the case”.On his part, Ibrahim, blamed himself for listening to his girlfriend. He said, “my girlfriend came visiting and I kept her in an apartment detached from our main building. Nobody knew she was in that house. But during her stay, I could not give her money.She suggested that we should abduct my step -daughter so as to raise the money to give her. She said my father would not hesitate to bring out money for ransom.On the day she was returning from Islamic school, I took her to my girlfriend who was on a motorbike. I had to appeal to them to release her because of the tension Asiya’s disappearance caused. Now I am ashamed of myself “.The command spokesman said that efforts were still on to apprehend Ibrahim’s girlfriend who fled immediately she got wind of his arrest , as well as other members of the gang.