Connect with us
The sex tape of a female Ghanaian police officer based in Sunyani has been leaked online, and it has long gone viral on social media.In the five minutes and fifty seconds leaked sex tape believed to have been recorded in the bedroom of the junior officer with a mobile phone, the female Ghanaian police officer was spotted  stripping and setting the camera towards where she stood in order to be well captured. 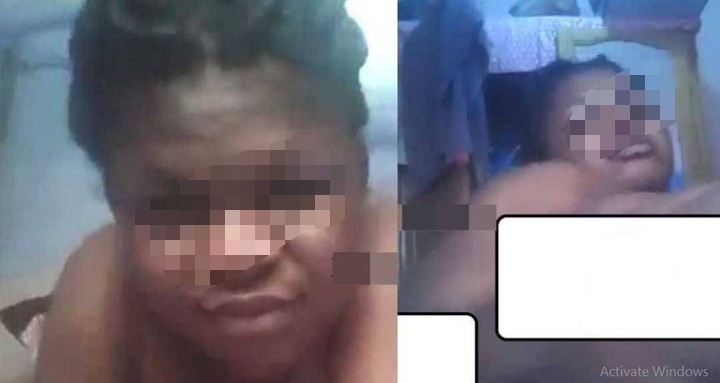 She then rushes to lock the door and starts taking off her panties, posing in different angles while caressing her breast and other private parts.
Portions of the video appear quite disgusting, in view of the actions being taken by the sole actor and producer who it is gathered has since gone into hiding.It was further gathered that who the video was intended for and how it was leaked to the public is yet to be uncovered, but this is not the first time a female Ghanaian policewoman has been caught in such an act.
The video shared on various social media platforms, is reportedly being enjoyed by her male colleagues who are allegedly serving as channels of redistribution for the obscene material.
READ ALSO:   Gay man arrested by the police for brutalizing and defiling a boy
Related Topics:Viral
Up Next

The History of Football