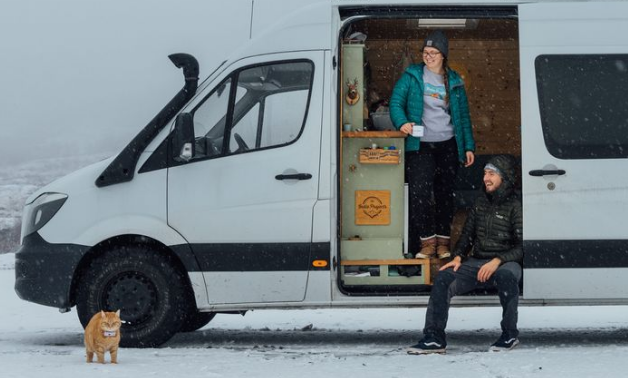 An intrepid couple have explored 28 countries in their campervan with the purrfect travelling companion… their CAT.Touring tabby Ginjey Bear and owners Bee Roper and Theo Gove-Humphries went on a six-year adventure across Europe.The puss spent six months living on a narrowboat before heading off by road to the Netherlands, France, Germany, Estonia, Lithuania, Switzerland and Romania.She has witnessed the beauty of Italy, the beaches of Greece and the mountains of Austria.And the kitty has just come back from six months exploring the Arctic Circle, taking in Sweden, Finland, Denmark and Norway. Bee and Theo are childhood sweethearts who sold all their belongings in 2014 for a life of travel and adventure.And when they left Birmingham, they decided to take beloved Ginjey too.Bee, 30, said: “I was working at a vet’s when Ginjey Bear was brought in. She’d been stuck up a tree as a kitten and was rescued by the fire brigade. She wasn’t microchipped and nobody came to collect her, so we decided to adopt her.“She moved in with us on our narrowboat and is the perfect companion for a life of adventure.“She’s inquisitive and can swim pretty well after falling in the canal a handful of times while in the Midlands. She loves adventure and is completely unfazed, whether travelling in a boat or driving along foreign roads in our van.”The pair adapted their Mercedes Sprinter van to suit the cat.Theo, 31, said: “We converted the van and built it with Ginjey in mind. We created an over-cab mezzanine nook, which is her day bed for her to sleep in – which she loves.“And we built her litter tray under the seating area.“Ginjey follows us everywhere and, as we always park up in fairly remote locations, it means she can come along for walks too.“Exploring beaches, forests and coastal areas is always more enjoyable with her along. She reacts differently to the new surroundings, which makes travelling more fun.”Bee adds: “Her personality is infectious and she’s a pleasure to be around. We can’t imagine travelling without her. 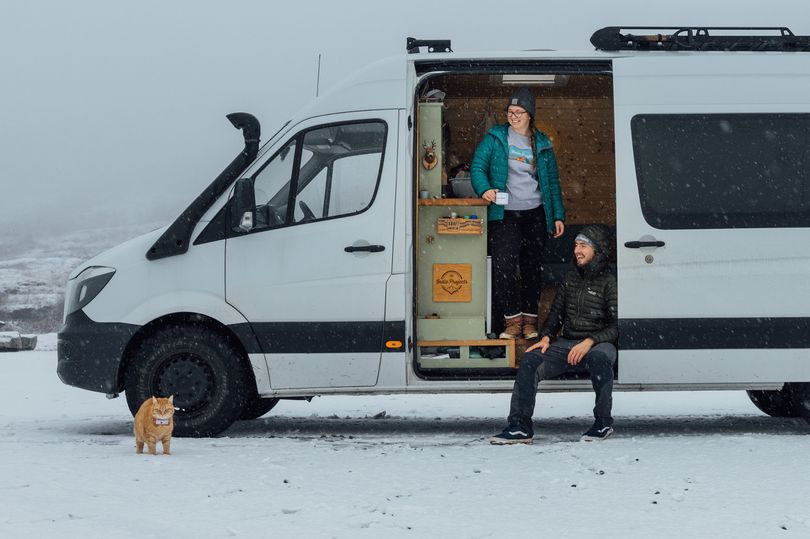 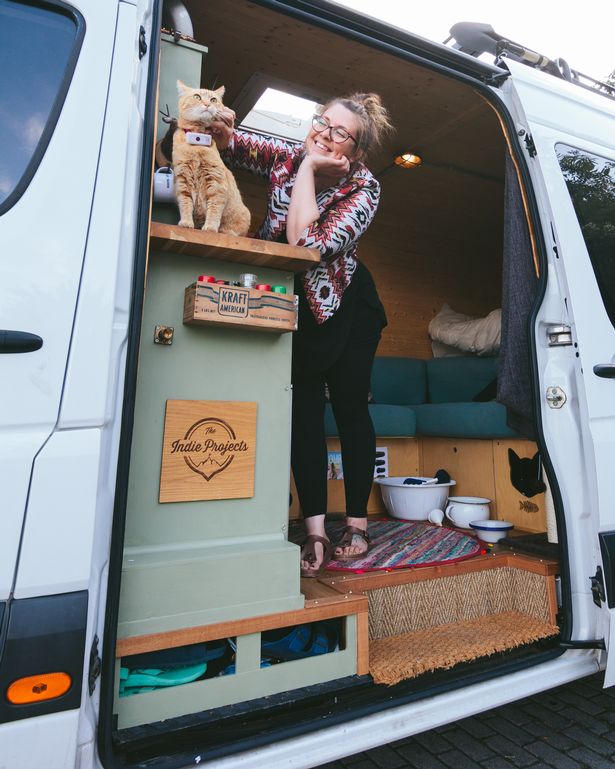 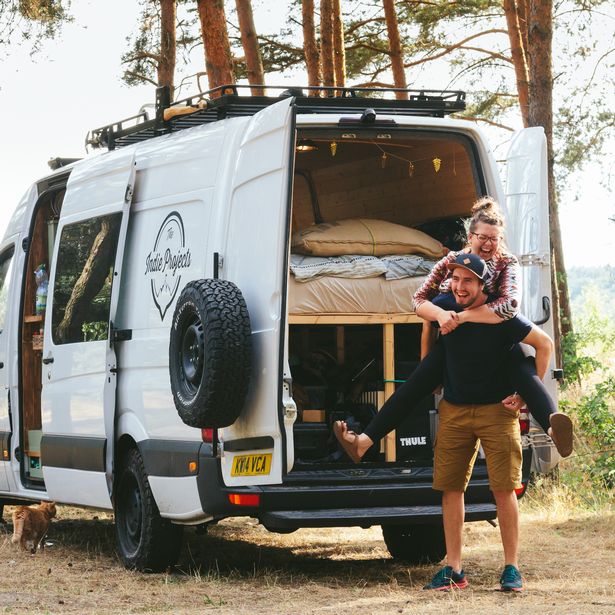 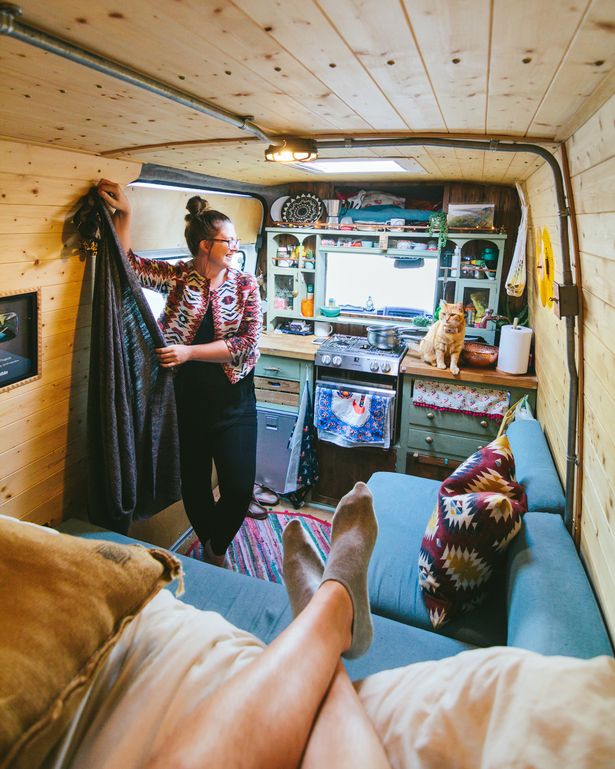 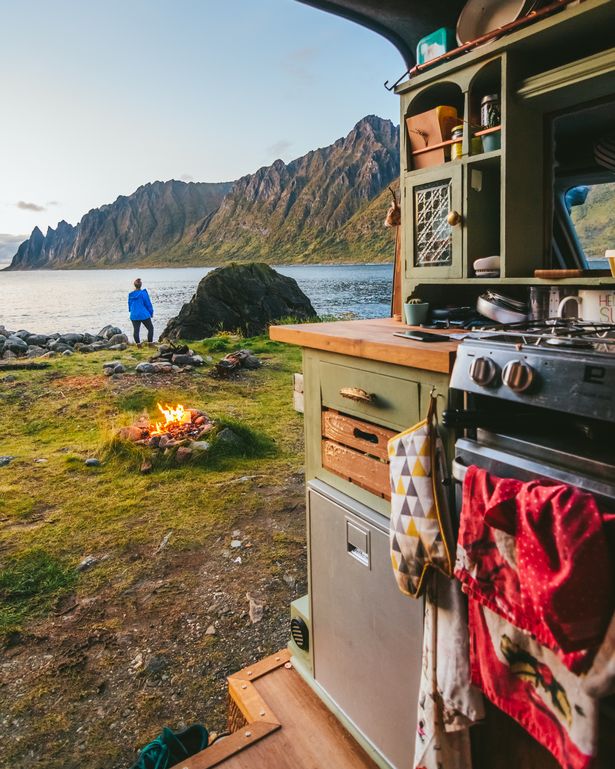 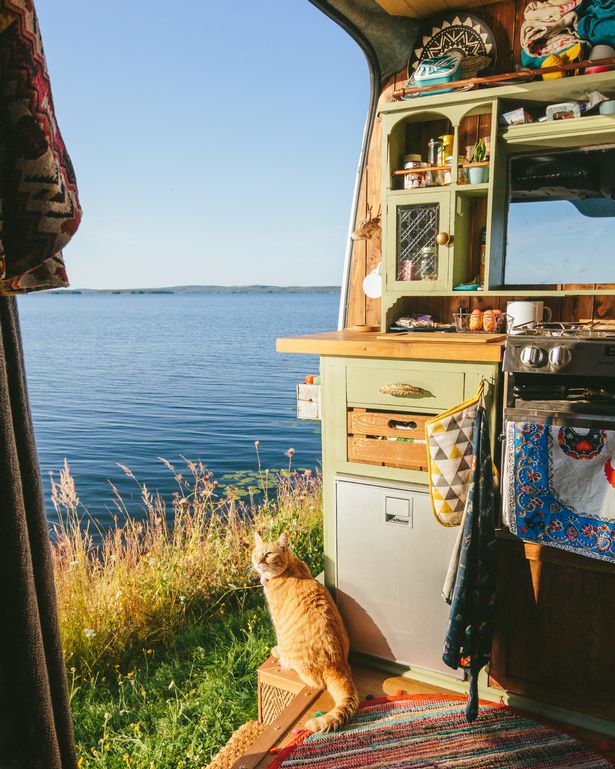 READ ALSO:   Kylie Jenner, 21, is the highest-paid star on Instagram, as it's revealed she earns up to $1.2m per post ahead of others (Full List)
Related Topics:World
Up Next

Pakistan woman bravely cuts off pen!s of man who broke into her home to r.a.p.e her